Needless to say, we had a LOT to talk about in this special episode of IDIODC, but we primarily discussed Clark’s latest work in "short sims" and the value they provide to corporate learning programs.

Clark Aldrich is an American author and practitioner in the field of educational and serious games for education and professional skills. He has been the lead designer for several educational simulations, including SimuLearn's Virtual Leader, which won best online training product of the year in 2004 by Training Media Review and the American Society for Training and Development's T+D Magazine - the first game-like product to win.

His published research, beginning in 1999, outlined the failure of formal education approaches to teach leadership, innovation, and other strategic skills, and then advocated interactive experiences borrowing techniques from current computer games as media to fill these gaps. He argues that computer games represent new, "post-linear" models for capturing and representing content, but that new computer game genres will have to be created, optimized for learning as well as entertainment. His research and simulation design work, which he conducted outside of the influence and prescription of academic and grant-giving institutions, resulted in a series of articles, speeches, and 5 books. 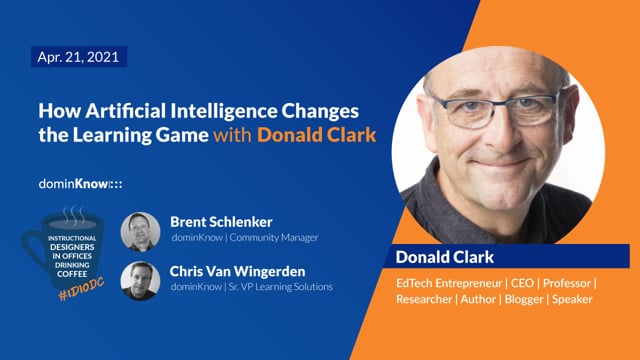 In this episode we discuss a wide-range of topics including Artificial intelligence with world wide learning leader, Donald Clark. 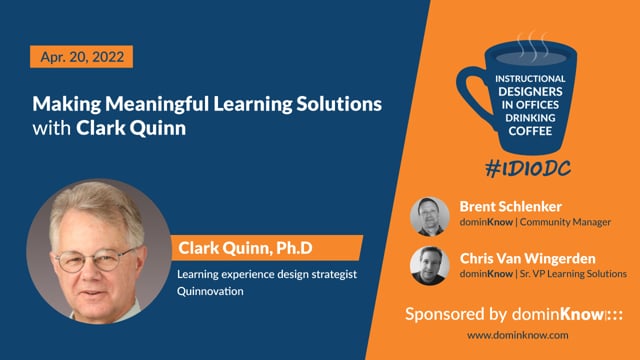 On this episode of #IDIODC, Clark Quinn joins us to talk about how we need to make our learning solutions meaningful to those experiencing them. 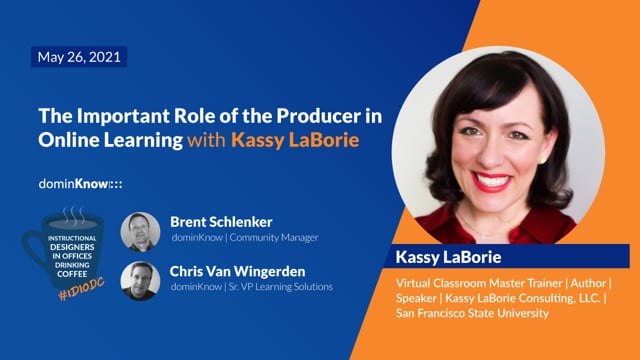 Kassy LaBorie joins IDIODC to share how to level up your corporate online training sessions so that you can guarantee better learning results and reduce the dreaded zoom fatigue. 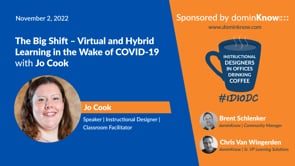 In this episode we talk with Jo Cook to discuss her research with Jane Daly, Behavioral Scientist specializing in evidence-based culture and capability transformation. Jo was with us last December to discuss early insights of this research, so we’re excited to have her back to see what has and hasn’t changed in the past 12 months! 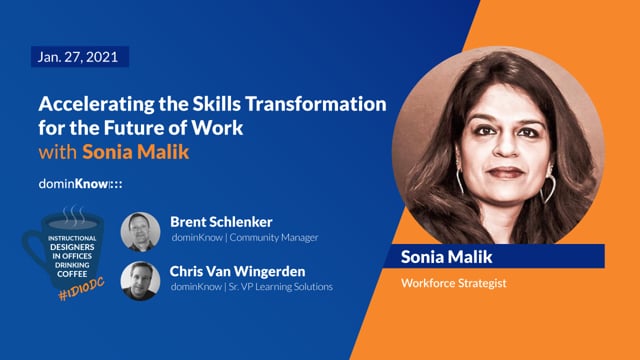 As global markets tighten and unemployment rates rise rapidly, new skills requirements emerge while other skills are becoming obsolete. The half-life of skills continues to shrink, while the time it takes to close a skills gap has ballooned. 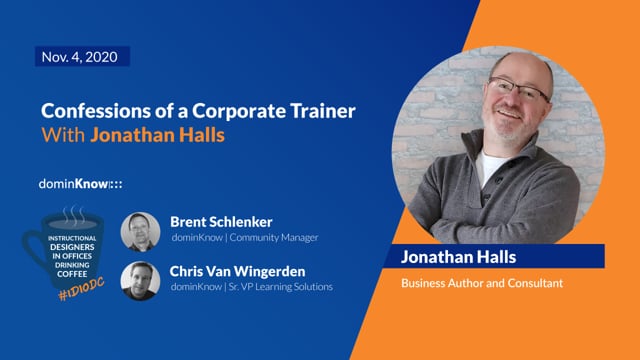 Confessions of a Corporate Trainer with Jonathan Halls - IDIODC Ep #124

If you're new to the industry or an experienced pro, you'll enjoy this open and honest conversation about why we make the decisions we do in often misunderstood environment of the corporate training professional. 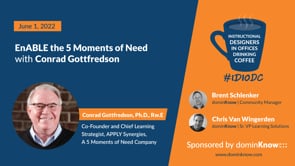 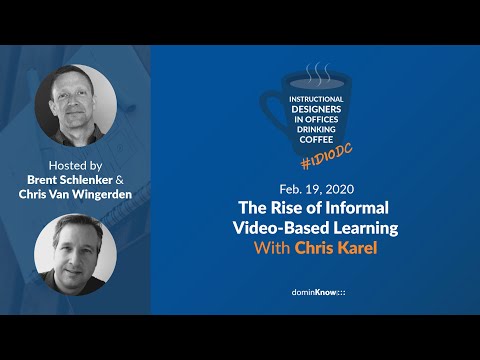 Video-based learning is on the rise... and has been since the launch of YouTube in 2005. Mobile devices, apps, and social media, are some of the drivers behind this trend. It's a tech trend in businesses with cautiously curious executives wondering how to use it as a competitive advantage. 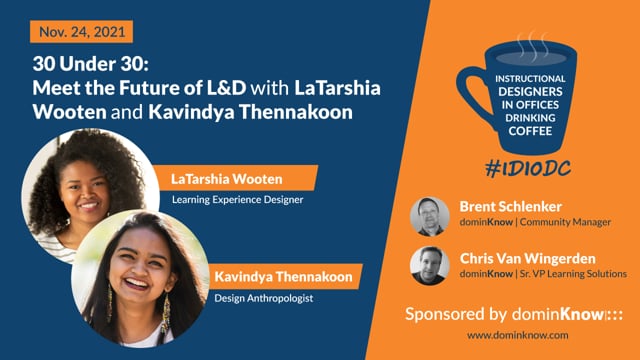 In this episode of IDIODC we we're pleased to have two very special guests: Kavindya Thennakoon and LaTarshia Wooten. They joined us to represent the 30 Under 30 class of 2021 from the Learning Leaders Conference. Listen in and meet the future of L&D! 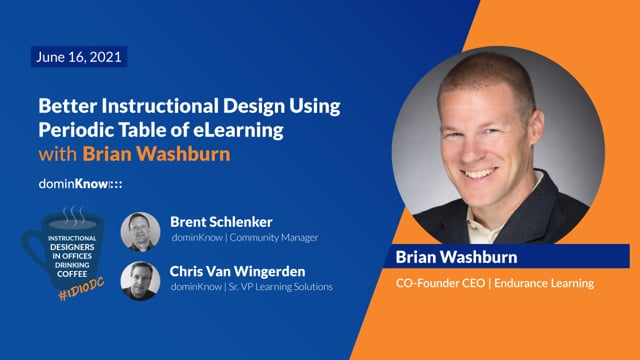 On this episode of IDIODC, Brian Washburn joins to show us a simple yet elegant periodic table of learning elements that will help level up your Instructional Design.